openFrameworks is an open source toolkit designed for "creative coding". OpenFrameworks is written in C++ and built on top of OpenGL. It runs on Microsoft Windows, OS X, Linux, iOS, Android and Emscripten - wikipedia 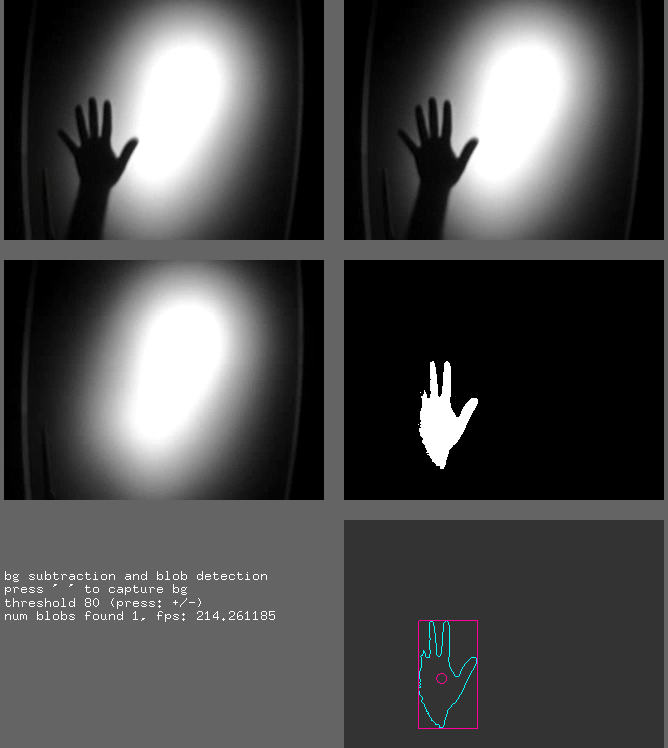 openFrameworks is designed to assist the creative process by providing a simple and intuitive framework for experimentation.

It works as a general purpose glue, wrapping together several commonly used libraries, including: * OpenGL * GLEW * GLUT, * GLFW * libtess2 and cairo for graphics * rtAudio, PortAudio or FMOD and Kiss FFT for audio input, output and analysis * FreeType for fonts * FreeImage for image saving and loading * Quicktime * Poco for a variety of utilities

Its emphasis on "creative" uses draws parallels to Processing (Processing (programming language)) as both projects present a simplified interface to powerful libraries for media, hardware and communication.

Another similar project is Cinder (Cinder (programming library)), which is also a C++ library framework for creative programming.

The primary difference is that openFrameworks has a larger number of dependencies on open source libraries, allowing advanced programmers more control and transparency, while Cinder is more dependent on libraries built into the operating systems it sits on top of, which generally means updates and bug fixes are more frequent and reliable than with openFrameworks.

Cinder is a programming library, designed to give the C++ language advanced visualization abilities. It was released as a public tool in spring 2010 and can be viewed in many ways as an open-source, C++-based alternative to tools like the Java-based Processing library, Microsoft Silverlight or Adobe Flash - libcinder.org