The Unity (game engine) is a cross-platform game engine developed by Unity Technologies, which is primarily used to develop video games and simulations for computers, consoles and mobile devices - unity3d.com

First announced only for OS X, at Apple's Worldwide Developers Conference in 2005, it has since been extended to target 27 platforms - wikipedia

# Scripting In Unity you script in C#. The javascript-like language UnityScript and the scripting language Boo are now officially deprecated - unity3d.com 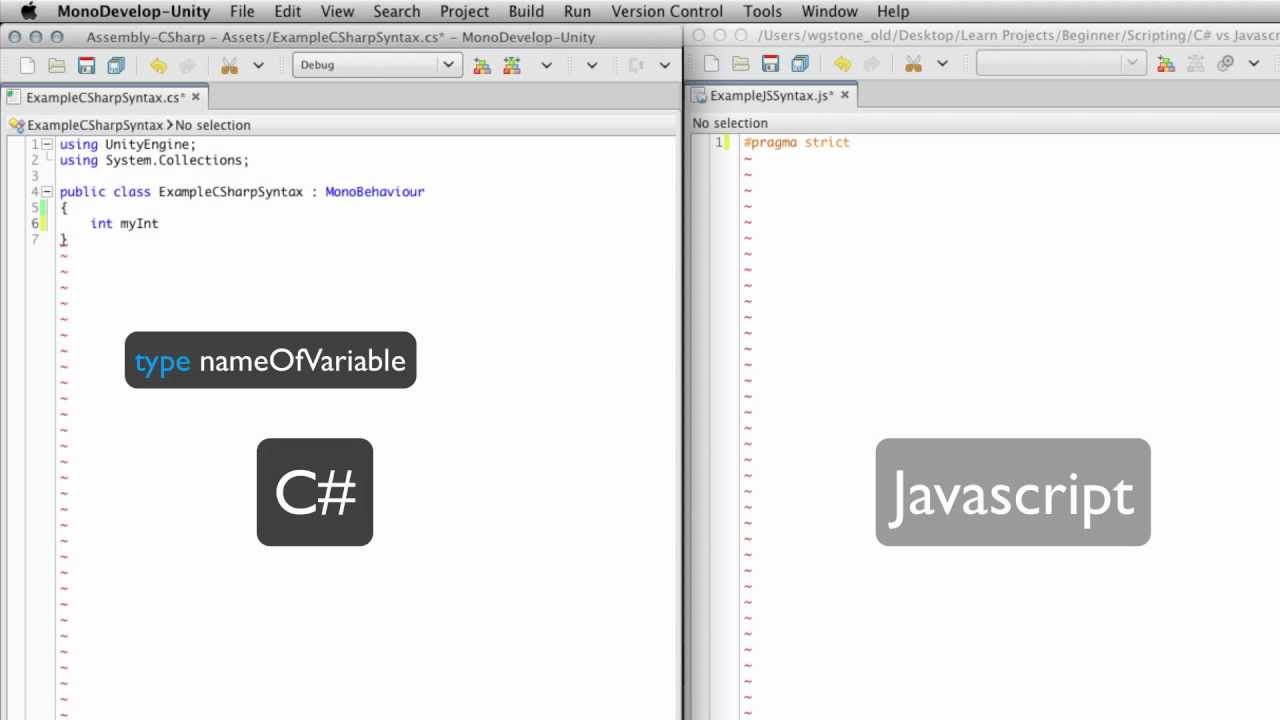 Watch this video in context on Unity's learning pages here - http://unity3d.com/learn/tutorials/modules/beginner/scripting/c-sharp-vs-javascript-syntax Some ... - youtube.com

C# was the most popular scripting language and is also used in other popular game engines like Unreal.

The percentage of scripts created in the three languages break down like this: - unity3d.com

# Documentation Unity 3D has a huge community and comes with extensive documentation and tutorials - unity3d.com

# Entities All things in your world exist as entities. SpatialOS maintains the persistent state of all entities across a cluster of servers. Worlds can contain millions of entities. # Components Entities consist of components, which define their state and how other entities interact with them. Components are defined in a schema language. Automatically generated integrations then allow different workers to visualize and simulate them. # Workers Workers are micro-services that simulate the components of entities across the world. SpatialOS runs as many workers across your world as needed to simulate every component in the world. All data synchronization is handled for you.